Autonomous tractors are the future of precision Farming. Market leaders like John Deere, New Holland and Case have been working in this area.

We live in a world where population explosion is leading to an ever increasing demand of agriculture products. To reduce the supply and demand gap, countries have encouraged concept of precision agriculture.

In fact, countries like U.S.A, India, Brazil and various European nations are striving to enhance the yield of agriculture by adopting new technology. The advent of robots drones and hi-tech cameras have made life easy for farmers. But, alongside all these gifts of science, what remains a predominant machine on the field is Tractors. Right from its first drive on a farmland in 1890s ,tractors have been an inseperable part of a farmer’s life. Tractors have been evolving over the years from gas powered to gasoline, from single to multiple cylinders and from driver operated to automatic.

Yes, you read it perfectly well, Automatic or driver-less tractors can be the future of modern farming. Giants in this field such as John Deere, Case and New Holland have already started their research and are positive about it. Automatic Tractor Corporation (ATC) is one such company which regards its technology as “Tesla for Tractors”. An existing conventional tractor gets converted into an autonomous machine using ATC’s system.  They are electric and reduce fuel consumption by 30 % and gives five times better service life. The best part about this system is that the tractor can still be driven manually.

On 30th August 2016, New Holland launched NH Drive concept for autonomous tractor at the Farm Progress Show in United States. Working of other autonomous and manual tractors is possible along with tractors based on this concept. Under the hood lies an 8.7 liter FPT industrial cursor 9 engine with a continuously variable transmission.
The autonomous tractor covers a variety of functions such as Ignition, Speed control, Steering, Hydraulic control, engagement of rear and front PTO and few others. A computer/tablet has control over the NH drive. Therefore, it can be mounted on another vehicle’s cab for supervision. Moreover, Controlling features such as Seed rate, Air drill fan rpm or fertilizer applications has use a user-friendly interactive interface. In addition, critical warning like low fuel, low seed/fertilizer input, wheel slip, lost communication or GPS error indicators are available.

Obstacle detection is vital for any autonomous drive and is possible with help of LiDAR. Data from LiDAR is used to create a 3D point cloud . The point cloud remains unaltered during day/night time as LiDAR use is independent of visible light. RGB cameras on tractor provides a live feed in the interface. The tractor stops on detection of an unidentified object and sends a notification to the user and waits for further instruction.

The main advantage of these machines of future is their ability to work throughout the day and night all along every day. A pre-selected optimized plan helps in nullifying any error and thus enhances productivity compared to normal tractors.

Supported by experts at New Holland ,its  Precision Land management tool is easy to use for farmers. The autonomous tractor follows optimized in field paths generated in the software based on current field parameters such as size and shape of field or obstacles etc.

The future versions of NH drive could involve using of previous data for better implementation of seed and fertilizer distribution. Moreover, upgrades could involve autonomous grain handling systems for the harvest period which does the work of harvesting, unloading, transporting as well as offloading of grains.

John Deere has been in the field of autonomous tractors from more than two and half decades. Their automatic steering control is part of several tractors and harvesters. John Deere uses StarFire receivers which act as GPS system to map the field and give direction to the tractors. A monitor screen on tractor allows the farmers to keep an eye on the working and make necessary changes.

Case IH Autonomous concept vehicle is a driver-less tractor model. Like others, it drives on a mapped area and is equipped with object detection technology that stops it in case of an obstacle and can be redirected using Advanced Farming systems (AFS) and collect data for better crop yield next season. 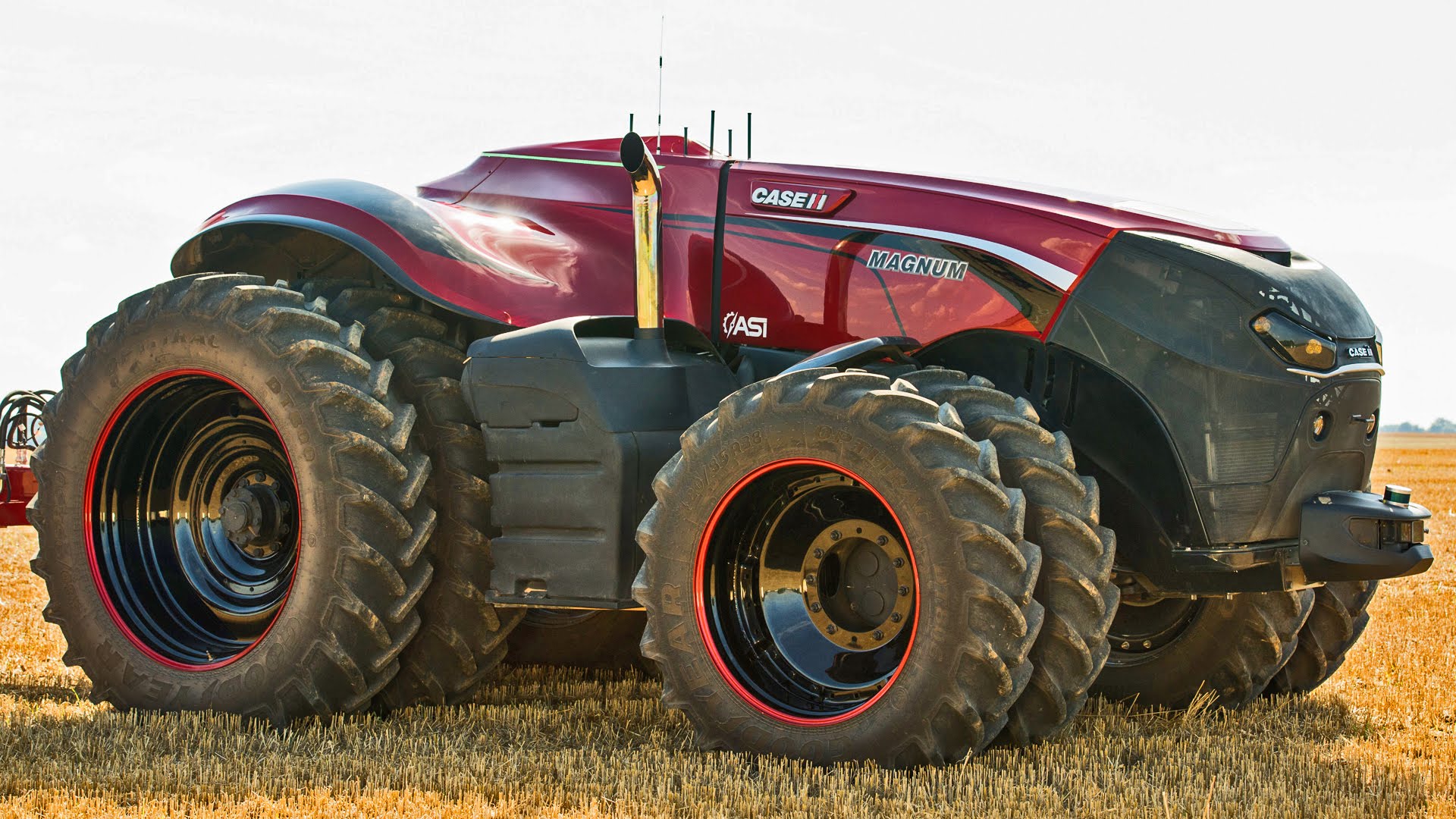 Courtesy: CaseThe race for autonomous tractors is on. It is not important who crosses the finish line first because winner would be the farmers across the globe. The area of Precision Agriculture and tractors have got its new paradigm.

There are no reviews yet.

Be the first to review “Driver-less Tractors” Cancel reply